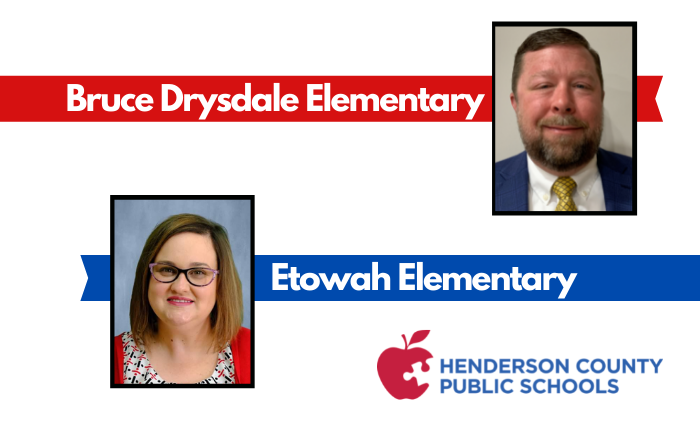 Effective July 1, Jason Joyce will be Bruce Drysdale’s new full-time principal, joined by new Assistant Principal Caroline Henderson. Henderson is currently an instructional coach at the school, and will be filling the AP position vacated by Rod Brown, who is returning to his administrative role at the Innovative High Schools. Joyce has been serving as Upward Elementary’s Principal since 2016.

Joyce joined the HCPS Family in 2000 as an English as a Second Language teacher at Apple Valley Middle, and became Assistant Principal and Athletic Director for North Henderson High in 2007. In 2013 Joyce moved to Hendersonville Middle where he served as Assistant Principal until 2016, when he began leading the Upward Eagles in his current role as Principal.

Academic growth at Upward has increased each year under Joyce’s leadership, and in 2017 Upward became a Leader in Me school, where the youth development program continues to nurture a student leadership culture. Joyce said he enjoyed helping bring the school and community closer together through intentional and purposeful communication, and plans to do the same at Bruce Drysdale.

“For the 7 or 8 hours kids are with us, I want it to be ‘home.’ That’s exactly why I’m honored and excited to be the Principal at Bruce Drysdale,” Joyce said. “Because I know the staff, students, and community have the same expectation – that school should feel like a safe and caring home.”

At Etowah Elementary, Dr. Amanda Childers has been named the new Principal for the 2021-2022 school year. Childers will be filling the office vacated by Matthew Haney, whose new principalship at Flat Rock Middle was announced last month.

Childers began her teaching career in Buncombe County Schools (BCS) as an intensive intervention Exceptional Children teacher in 2008, and became an EC Curriculum Specialist for BCS in 2015. Childers joined the HCPS Family in 2016 as Flat Rock Middle’s Assistant Principal, and moved into the same role at Hendersonville Middle the following year. In 2019, Childers took on the unique role of Small Schools Administrator, performing the administrative duties of an assistant principal for Hendersonville, Atkinson, and Etowah elementaries.

“A huge benefit of working as a Small Schools Administrator has been the ability to see three fantastic schools in action, and make connections across each,” Childers said. “It allowed administrative teams to enhance collaboration, while building upon each school’s individual strengths.”

“I want to continue to strengthen the relationships that I’ve already started at Etowah, and look forward to jumping into the community and building even more connections that benefit Etowah’s students and staff,” Childers said. 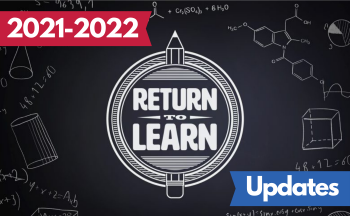 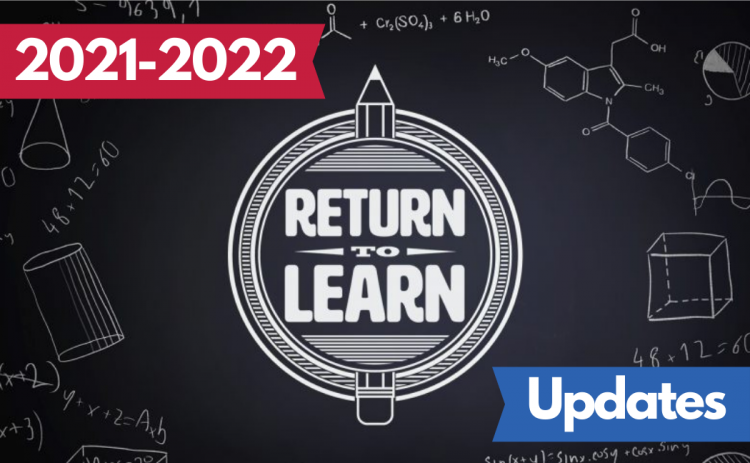 HENDERSONVILLE, N.C. (August 2, 2021) – Following the Henderson County Board of Public Education’s decision at a specially called meeting Monday morning, face coverings will be optional for all students and staff in Henderson County Public Schools, effective August 23, 2021. Virtual learning options will also be offered for students beginning Aug. 23, if not […] 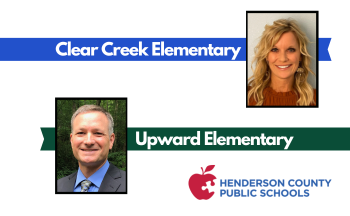 **UPDATE: At the request of private property management, the Henderson County Public Schools’ “Meals On the Bus” will no longer be stopping at the Leisure Lane site as part of the district’s 2021 Summer Food Service Program. Effective Tuesday, June 29, 2021, the previously scheduled 1:50 p.m. stop at Leisure Lane along Route 1 will […]